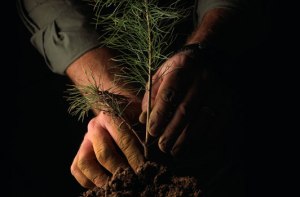 Marcela, Eugenio and their kids came to Canada in 2001, like Carolina, our kids and myself. Like us, they have three children, almost the same ages as ours. Even their daughter and my son, who were born on the same day, same month and same year but in different countries, dated for a while.

They came from Chile as independent immigrants, while we came from El Salvador as refugees, but both families were struggling with the same newcomer’s problems: settling in a new country, adaptation to new values, new friends and a new life.

They are our lifelong friends. Although we met in Toronto, their life and our life began anew when we came to this country without any family or friends. And since the beginning, we regularly shared celebrations. As Marcela says, enjoying good food (she is an amazing cook), good wine (Chilean, of course) and excellent conversation, anytime, anywhere, is to celebrate life.

Last weekend they were at our home to eat Pupusas, the traditional Salvadoran plate, and on this occasion, as well as the usual celebration, we also reflected on the recently emotional, intellectual and physical intense life we now have. Over dinner, we spoke of The Vigil Campaign, my new part time job shared with my wife and some of our friends.

Eugenio is an engineer, and he has recently surprised me with his intuitive political analysis. And especially with his commitment to civic and political participation in this country.

When they learned of the rejection of my immigration applications, they sent a letter to their MP and even requested a meeting with him to talk about my case. Their MP works for them, they said, and there are 4 votes in their house for the next election.

Something similar happened with our friends Mario and Cecy, who live in Fort Erie and have 5 votes at their house. They are spreading the word about my situation within their community and promoting different initiatives as a community.

My poet neighbors, gardener neighbors, and neighbors and friends in general who live around Toronto, Ottawa, Montreal and another cities across the country, all of them Canadians with Hispanic heritage, are doing similar things. And for most of them, this is the first time they are contacting their MPs since they immigrated to Canada.

I have friends who are social and political activists, who are directly involved in the Vigil Campaign and are doing various directives on my behalf. I also have a lot of friends who don’t care about politics or civic participation, but this time, because they care about me, they are politically waking up.

One person told me a few weeks ago this is the first time she is seeing significant “political” movements in the Hispanic community, beside the traditional activism. It is regarding an immigration issue, but a political issue as well. She said it is probably because I am well known through the media, organizations and leaders, and everybody is supporting me.

Probably she is right. Of course it is good for me, but from a sociological point of view, eventually it could be a good thing for the community too. Because there are people that now are realizing the possibilities and the power they have with their citizenship.

Working at the Canadian Hispanic Congress I promoted a School for Civics with the support of Maytree Foundation. Through this program a huge number of Latino Canadians received information related to civic participation: for example how to fill up citizenship forms or how to participate as popularly elected candidates, etc.

The reality is that immigrants are often reticent about participating in the civic or political process in a new country. We don’t have numbers for the Hispanic community, but we can say that the percentage is likely lower than the Canadian average.

I am convinced that the better way to live fully as a Canadian citizen is to be involved in the civic and political process of the country. I worked hard to achieve this reality in my community. And know, with the Vigil Campaign undergoing, I have no doubts that this is the way.

Even so, Marcela and Eugenio still can’t understand why their MP did not respond to them about my case. They are both well established professionals who have 4 votes at their house, and for now, they are just waiting for the federal election campaign, for the canvassing days and the election date, to ask their MP for an explanation.